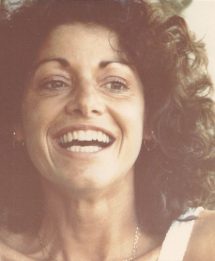 To your Father’s place flown,

A votary now in His temple infinite.

You are gone ahead

To welcome us there

Where all must meet

And end our separation’s tear.

– Paramhansa Yogananda, from “To the Memory of My Sister, Roma Sasi,” on her passing
Memories of Tushtiji continue to warm our hearts amid the sorrow of separation still poignant a month after her departure. Her outstretched arm and ready ear indelibly touched Retreat guests and gurubhais alike. She was a key to the Retreat’s success in the 3 years she lived in Pune.  The extraordinary outpouring of love and appreciation for Tushti at many astral ascensions worldwide — 8 at last count, including ours! — show the special place she held in many hearts.

The way she faced her difficult final months will long serve as an inspiring example for Retreat guests and others focussing on their own eventual leavetaking. Indeed, Nayaswami Debarshi drew on her example in his recent retreat “Death: the Final Exam”.

Tushti had a strong connection with both the land and town communities. As her husband Surendra reflected after her passing:

“Tushti was deeply committed to bringing souls to God through our teachings, especially through yoga and meditation. She wanted to see Ananda Pune grow not only in numbers but also in depth of devotion, both in the city and at the Retreat. Whatever she could do to make this happen, that’s what she was all about.

“Her seva was always whatever needed doing, from sweeping floors to offering the Touch of Light.”

Two comments about Tushti often arise from both Retreat guests and community members: “she was so loving” and “no one taught yoga so beautifully”. Childhood ballet classes explain some of her grace, but only partially, for true grace flows from within.

Grace also marked how Tushti lived her final months. Of all cancers, pancreatic is one of the sneakiest and meanest, typically not discovered until quite late as in Tushti’s case. With the eventual diagnosis came chemotherapy and hair loss, yet she soldiered on cheerfully. “How,” we wondered, “can she look so radiant?”

lthough Tushti knew she had cancer, she didn’t want to know the details. She wanted to affirm recovery, doubtlessly to continue serving. Yet as her already slender body diminished, and plans were made to take her back to the USA for treatment, her years as a nurse must have given her clarity.

At Ananda Pune’s goodbye satsang for Tushti last November, many expressed gratitude, love, and hope for a speedy recovery and return as she sat quietly at the altar, her little turban emphasising the gauntness of her sweet face. I remember thinking, “This looks like an astral ascension, except Tushti’s here.” It would, of course, be a preview.

A few months later, on my own brief return to the USA, I visited Tushti in Laurelwood. Although her health had declined further, her face was

radiant as ever. It brightened still more as she read greetings I’d brought from our community.

I asked, “Could you share a little of the wisdom you’ve come to in all these challenges?”. Without hesitation she said: “I think the most important word in our teachings is ‘surrender.’ It shows us who’s in charge. And it’s not us.”

Surrender was characteristic of Tushti and Surendra’s life in Ananda. It was in this spirit that they unhesitatingly agreed to come to India after only a few days of the retirement they’d been looking forward to. In their 60s, they happily headed off to a new country and leadership roles.

And in this same spirit, Tushti came to understand that Master had a different plan than the recovery she was affirming. Even after she stopped treatment, though, she lingered weeks beyond medical expectations. After all, she was strong both as a yoga practitioner and a runner — with plenty of practice on the hills at the Retreat!. But Nayaswami Asha, who was with Tushti toward the end, believes it was for her to work out any remaining karma. Asha and others have beautifully described those last weeks in a series of letters.

When word came of Tushti’s passing on 21 March, I was struck by the symbolism. It was the spring equinox! In Laurelwood, as in much of the USA, buds would have

been peeking out as winter ended, always a time of joy. It was also a few days before Easter, the celebration of Christ’s victory over death. What perfect timing for one in whom joy was so notable. Even as she prepared to die, joy was what she asked of us: “Please, no tears … except tears of joy”.

Joy indeed marked Tushti’s astral ascension celebrations. Several can be viewed online. If you watch, as I did, you’ll find new ways to celebrate her life, especially

through insights from others.

Dear Tushti, may your example of courageous surrender, your gentle but strong spirit, and your joy always guide us in Pune … your final assignment